A Year in Solar Power: Moving People Without Carbon Footprint

The limits to non-renewable energy is not one that needs to be reiterated.

And essential structures for the development of the country, despite their necessity also create a massive dent into the environment: The Indian Railways being the country’s largest consumer of electricity and diesel and spent around Rs31,000 crore, or 18% of its operational expenses, on fuel in the financial year 2016.

In part to bring down this burgeoning fuel bill, the state-run transportation network has been taking steps to transition to renewable energy for a few years now.

But experiments in renewable resources always make essential inroads into the very many possibilities of a cleaner, better future. India's largest network of the railways has undergone one such case.

Celebrating a year into it now, India’s diesel guzzling trains now have an entire station that runs on renewable energy.

The Guwahati railway station building has grid-connected rooftop solar panels totalling a capacity of 700 kilowatt that is set to cater to the electricity needs of the station, the coach depot, and the railway colony area, the Northeast Frontier Railway, an arm of the Indian Railways, said in a statement.

This initiative has helped the railway network save around Rs. 67.7 lakhs in a year of electricity bills. 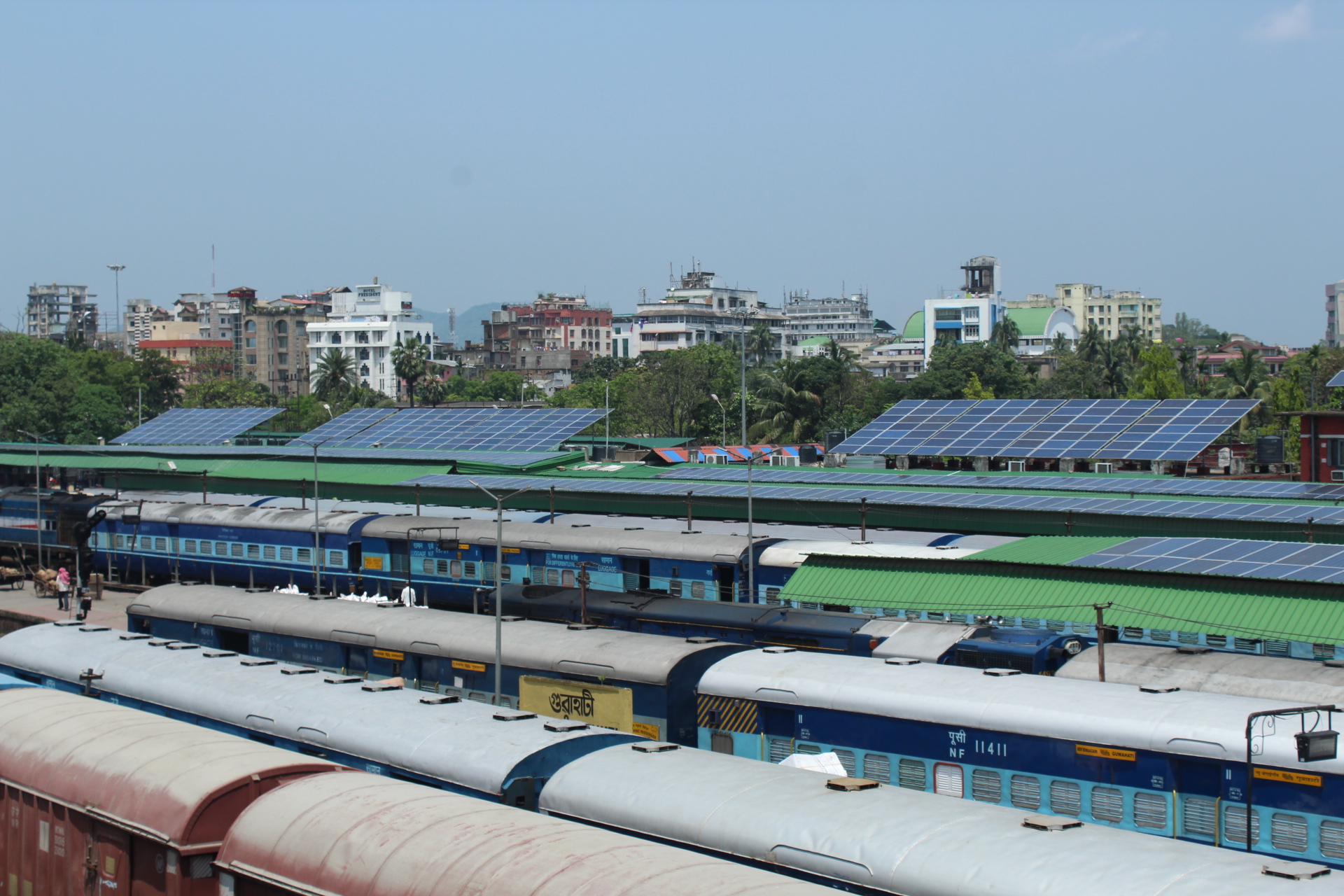 The solar-powered railway station initiative is part of the Indian Railways’ broader plans to meet around 25% of its energy needs through renewable energy by 2025.

Assam is famous among tourists due to beauty of nature. Travel and Tourism in Assam is a great idea to explore Assam tourist places & sight-seeing attractions. Manuhe Manuhor Babe is a famous news website giving latest news updates of Assam.