Education First: Story of a man's effort at building futures

Nobody has ever claimed for life to be easy, no and it is true that many people in our country are deprived of even the basic means of livelihood. Very early on in life, they start doing menial jobs to take care of the family, and education soon becomes a distant dream for them. So when we stumbled upon one of the most inspiring stories ever, we decided to share it with you all to remind you that every little effort towards the future counts. 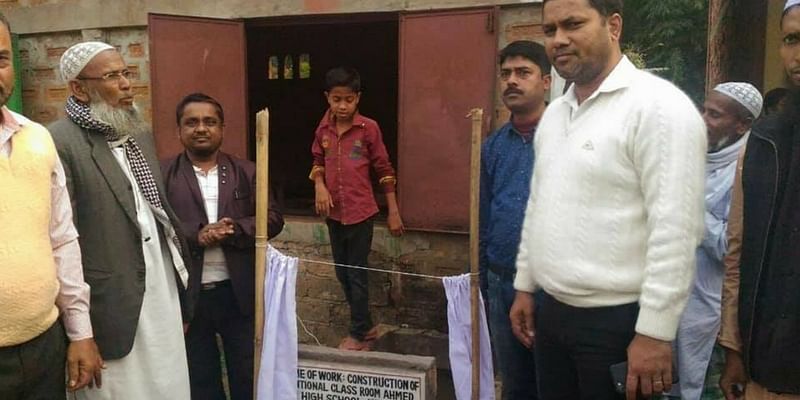 Hailing from Karimganj district in Assam, Ahmed Ali is an rickshaw driver. His financial situation was such at home that he had to discontinue his education midway. Though he had to spend his life in poverty, he vowed to ensure education for the next generations.

Ahmed sold his land to get schools constructed, and arranged for means of education for children. He has opened nine schools in his area in the past 40 years.

Ahmed tells that he was asked to take the reigns of a rickshaw, at a very young age, to look after his home. He desired to change situations for the next generation so that they do not have to quit school for similar reasons. He says that illiteracy is a curse for any society, and weakens the roots leading to many other difficulties.

Ahmed’s financial situation did not support his dream of opening schools, so he sold his land to arrange for money. He also collected money from villagers, and was finally able to start his first school in the year 1978.

Till now, he has built three lower primary schools, five English-medium middle schools, and one high school. Ahmed, who has two wives and seven children, now wishes to start a college soon.

He does not expect any monetary gain from his schools, and says that he feels satisfied just looking at these children succeeding and getting good jobs.

Isn't your heart warmed? Now, share this story with everyone to remind them of good times to come! And tag us @ManuheManuhorbabe1 on Twitter and on Facebook.