Self Help Groups: Funding and Support

One thing that the Assam Government is steadfast on is development, and inclusive government is what has become its niche. So when Self-Help Groups were awarded monetary support, it was more than welcome!

Sonowal called the women of the state to come forward and take advantage of various welfare schemes launched for them by the government.

The financial independence of women is very crucial to achieve development in the true sense, he said.

Informing that state’s farmers had been able to export their produce to international markets of Hong Kong, Singapore, London and Abu Dhabi, Sonowal urged the women SHGs to produce quality goods which would be able to capture world markets. 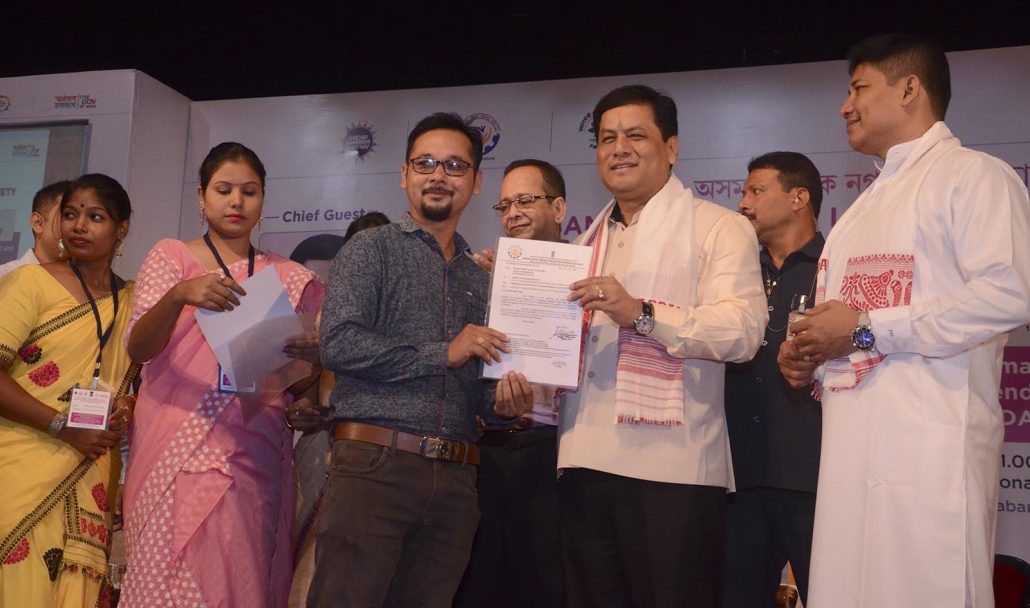 He appealed to the members of women SHGs to make the judicious use of the financial grants to bolster their empowerment.

Sonowal said the state government has given unprecedented importance to women empowerment.

Referring to Prime Minister Narendra Modi-led government’s ambitious plan to make India a 5 trillion dollar economy by 2024 and plan to double farmers’ income by 2022, Sonowal requested the state’s women folks to help the government to achieve the target.

Terming the women as friend, philosopher, guide and reformer, Sonowol said the entire state looks towards the huge untapped power of women as a force multiplier to rural economy.

“If the vast resources of women at the rural areas are used effectively, rural economy of the state can be given a huge momentum,” Sonowal added.

He stated that there is no place for superstition in the twenty first century world. Sonowal underlined the role the women could play in getting the society rid of this social menace.

Sonowal said the women in our society would have to guide their children in the path of righteousness and inculcate moral and spiritual values amongst them and build their personality.

600 women SHGs were provided Rs 25,000 each as revolving fund, where central government’s contribution is Rs 10,000 and state government has contributed Rs 15,000.

This amount was ceremonially transferred to the banks for disbursement by the chief minster pressing buttons on a laptop today.

Appointment letters to 70 community organisers under NRLM were also distributed by the chief minister in the programme.

Minister of state (Independent charge) for urban development department Pijus Hazarika also spoke on the occasion. If you liked this, follow us @ManuheManuhorbabe1 on Twitter and on Facebook for more!